CHICAGO–Lesbian, gay, bisexual, transgender, and queer Illinoisans will have an opportunity to hear directly from the Democratic candidates for governor about the issues that impact our lives at a candidate forum in Chicago on Wednesday, December 6, a coalition of organizations that serve and advocate for LGBTQ Illinoisans announced Thursday. 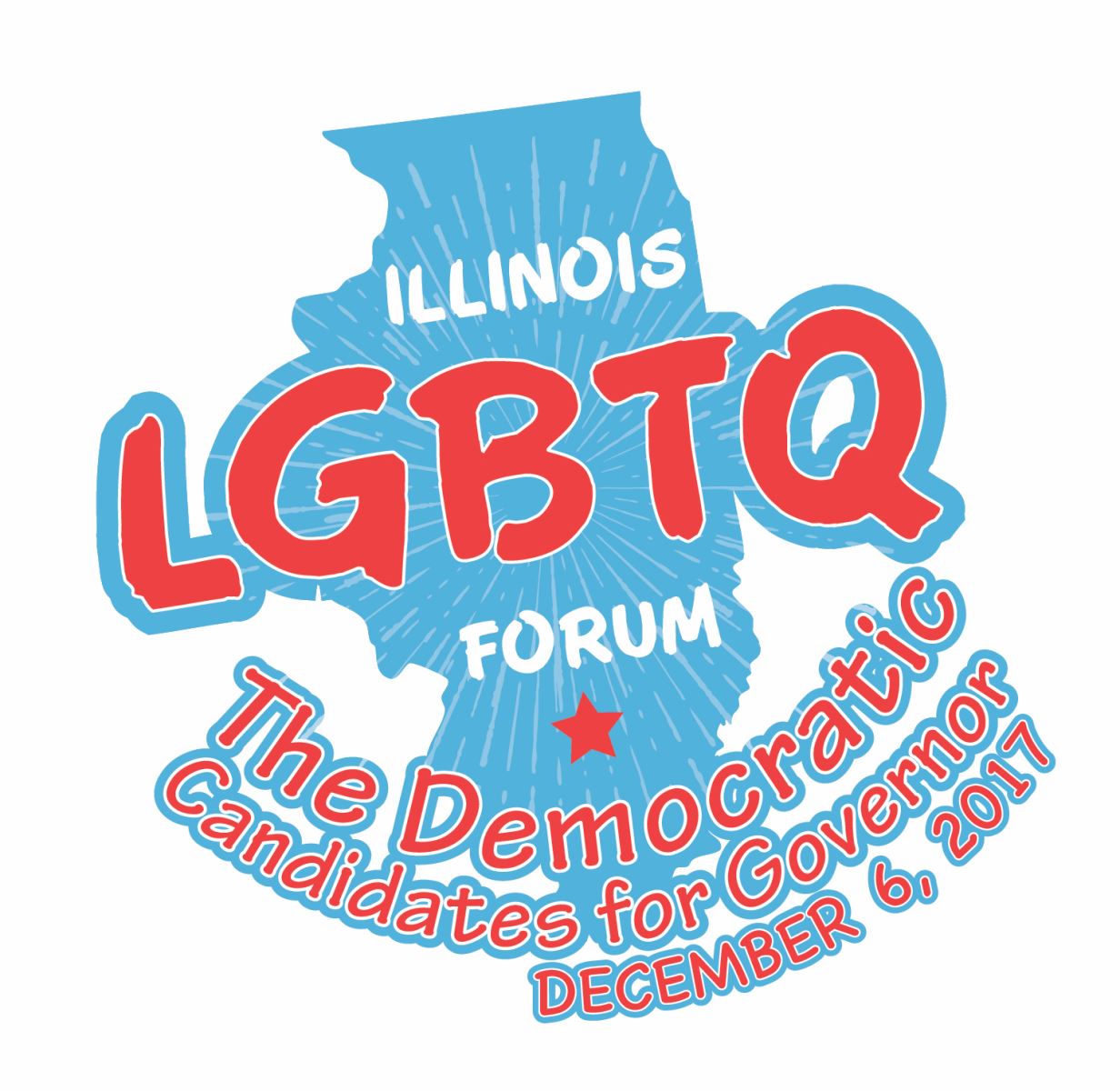 The “Illinois LGBTQ Forum: The Democratic Candidates for Governor” is organized by Affinity Community Services, the Association of Latinos/as Motivating Action (ALMA), the Equality Illinois Institute, and Pride Action Tank. The forum will take place 6-8 p.m. at the Second Presbyterian Church, 1936 S. Michigan Avenue, in Chicago’s South Loop. The forum organizers also plan to broadcast the event live through social media platforms so LGBTQ organizations and people across the state can watch it.

“As the Trump Administration continues its federal attack on the civil rights of LGBTQ people and with the urgent need to continue our pro-equality progress in Illinois, LGBTQ Illinoisans want to know where the Democratic candidates for governor stand on the many issues of interest and importance to our lives,” said Brian C. Johnson, CEO of Equality Illinois, the state’s civil rights organization for LGBTQ people. “Democracy requires the participation of informed citizens. We want our LGBTQ communities to be thoughtfully educated about how these candidates would tackle the major issues of the day if they are nominated and later elected governor. And we want the candidates to recognize the electoral force that is the LGBTQ people of Illinois.”

“As an organization dedicated to the LGBTQ Latina/o/x community, we expect any candidate running for governor to understand and truly appreciate the diversity of the LGBTQ community and its special needs,” said Julio Rodriguez, President of the Board of ALMA. “We have a president who has prioritized transphobic and anti-immigration policies, which impact LGBTQ Latinos in a very unique way. We need a governor who is not afraid to stand up and protect our community. We also hope that whoever is elected governor has an administration that reflects the diverse state of Illinois and will work with all of us to identify resources to address critical issues to meet our diverse needs. We are living in unprecedented times, and Illinois needs a strong leader who is going to be an unwavering ally to the LGBTQ Latino community.”

“Given all of the challenges LGBTQ communities are facing under the Trump administration, it is more important than ever that we work hard to make sure that we do not lose ground at the state level,” said Kim Hunt, Executive Director of Pride Action Tank. “It is important the gubernatorial candidates know that we are watching and will hold them accountable for their words and their actions.”

Since November, we’ve seen the current national administration roll back protections and compromise the civil liberties of all LGBTQ people and target communities of color. We are in a political moment where it is more crucial than ever that the leaders who want to represent us understand how to speak to and for our issues,” said Imani Rupert-Gordon, Executive Director of Affinity Community Services. “This candidate forum will provide an opportunity for LGBTQ people and allies to be informed as to how these candidates would support our communities if elected, while also allowing our communities to share what issues matter most to them.”

The public can attend the Illinois LGBTQ Forum: The Democratic Candidates for Governor, but due to expected high attendance, advance registration is recommended. Attendees can register online at http://tinyurl.com/LGBTQForum.

The organizations plan to host a general election forum between the major party nominees for governor sometime after the March 20, 2018 primary election.