(Note: Pictures of the meeting are at the bottom of this press release.)

The issues discussed during the meeting at Equality Illinois, the state’s LGBTQ civil rights organization, included healthcare and human services, youth and schools, housing, immigration, LGBTQ cultural competency of state-funded programs, and the protection and promotion of civil rights.

The governor also presented ceremonial copies of two bills he signed this summer that were part of the 2017 Equality Illinois legislative agenda–bills that modernize the birth certificate law for transgender Illinoisans needing to correct their gender marker and ban the anti-LGBTQ panic defense in murder cases. He also signed this year a bill to build LGBTQ representation on state boards and commissions.

“We thanked the governor for signing these significant measures that advance LGBTQ civil rights,” said Brian C. Johnson, CEO of Equality Illinois. “It is also important that he heard from diverse voices in the state about the challenges LGBTQ Illinoisans still face in achieving full equality in Illinois and being able to live fulfilling and authentic lives.”

During the approximately half-hour meeting, the participants presented an overview of key issues and provided the governor with an expansive agenda for consideration by him and his administration. (The organization(s) requesting inclusion of the particular policy item on this list is indicated in parentheses.)

Immigrant Rights and the LGBTQ Community 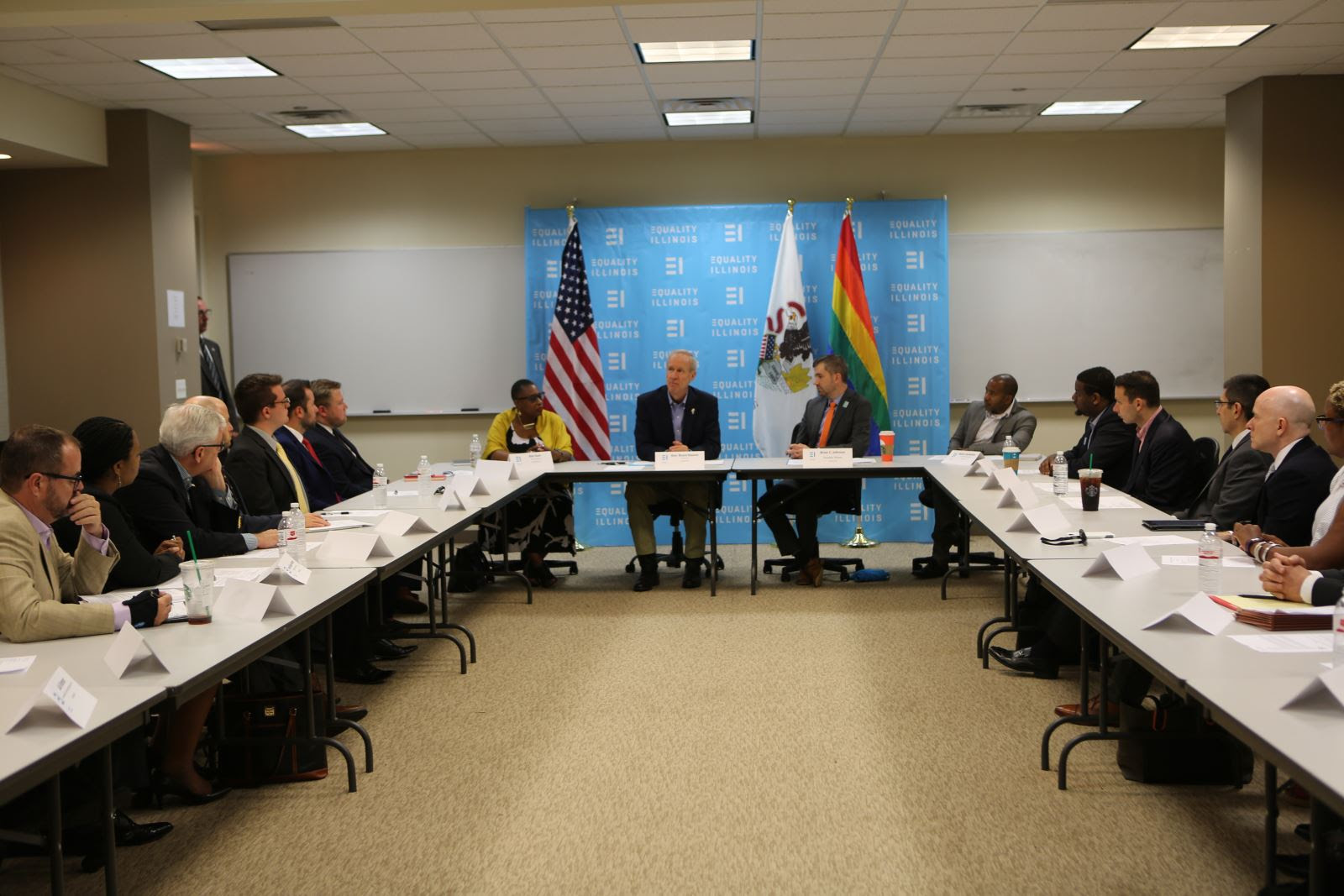 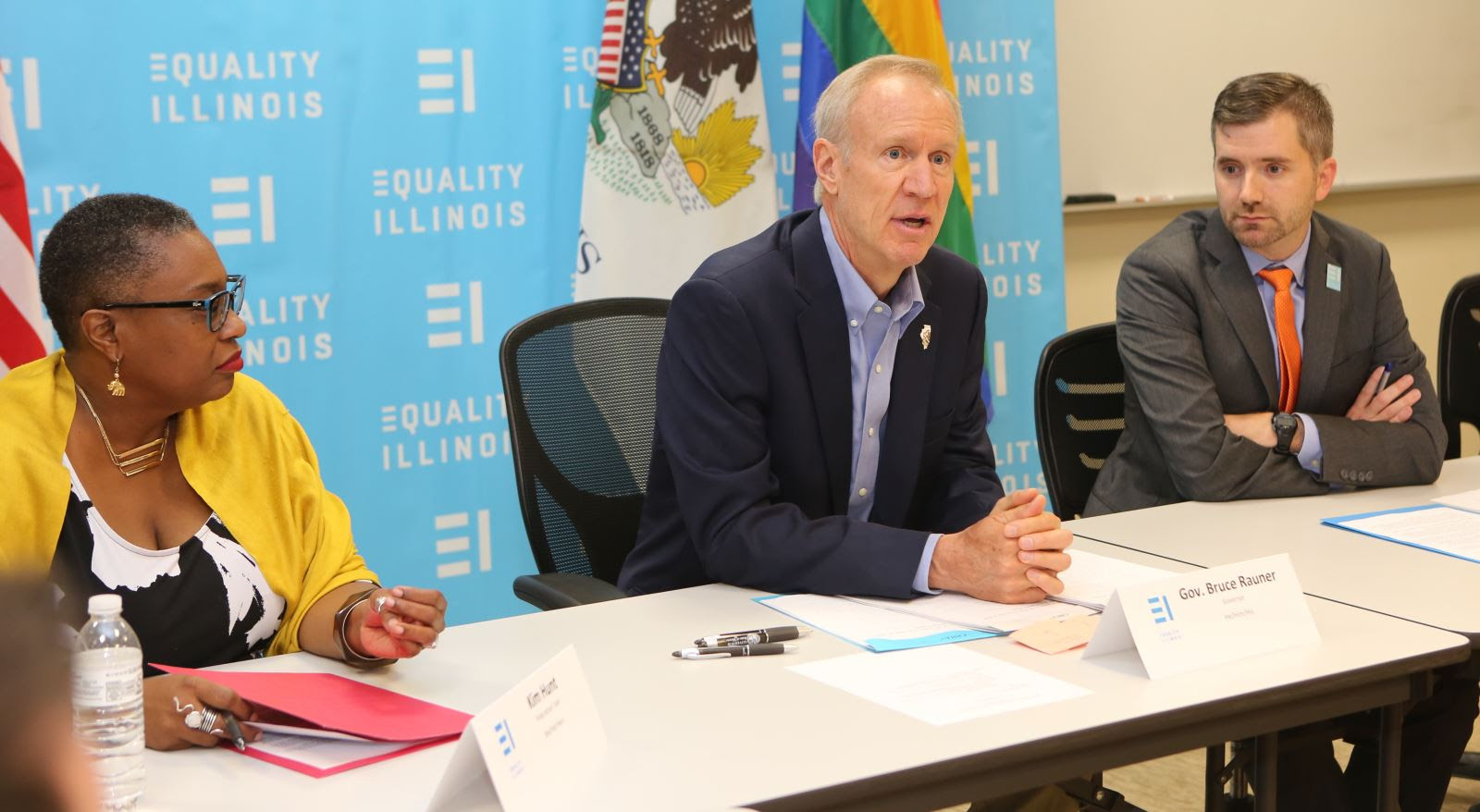 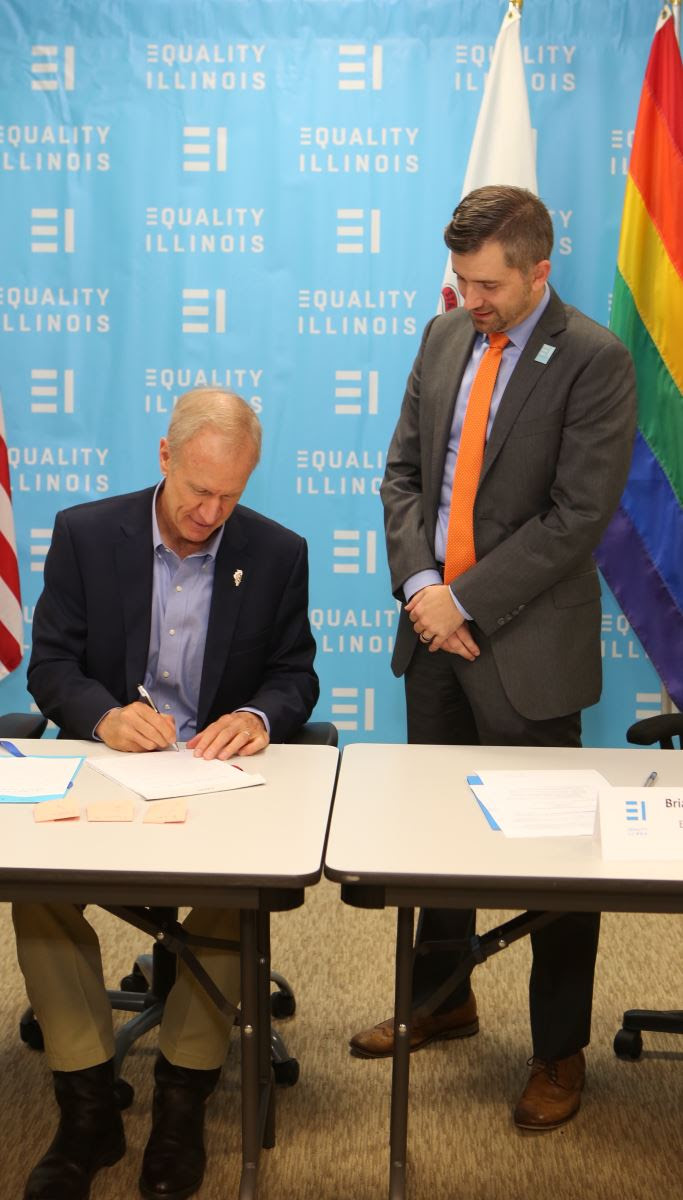